Given its similarities to its neighbor, Saturn, it seems natural to ask why Jupiter doesn’t also have a magnificent, extensive system of visible rings.

Alas, it’s not the reality. While Jupiter does have rings, they’re thin, tenuous, flimsy things of dust, visible only when back-lit by the Sun.

According to new research, these discount rings lack bling because Jupiter’s posse of chonky Galilean moons keep discs of rock and dust from accumulating the way they do around Saturn.

“It’s long bothered me why Jupiter doesn’t have even more amazing rings that would put Saturn’s to shame,” said astrophysicist Stephen Kane of the University of California Riverside.

“If Jupiter did have them, they’d appear even brighter to us, because the planet is so much closer than Saturn.”

To interrogate the idea of a giant ring system forming around Jupiter at some point in its history, Kane and his colleague, astrophysicist Zhexing Li of UC Riverside, conducted a series of simulations of the objects orbiting the Jovian system.

These simulations took into account the orbital motion of Jupiter, and the motions of its four largest moons, also known as the Galilean moons: Ganymede (which is larger than Mercury, and the largest moon in the Solar System), Callisto, Io, and Europa. Into this mix, the team added how long it might take for a ring system to form.

Under this modeling, Jupiter can’t have Saturn-style rings – and it’s unlikely that it ever did, the researchers said.

“Massive planets form massive moons, which prevents them from having substantial rings,” Kane explained. “We found that the Galilean moons of Jupiter, one of which is the largest moon in our Solar System, would very quickly destroy any large rings that might form.”

Jupiter’s presently flimsy rings are mostly made of dust ejected by some of its moons, possibly including material thrown out into space from impact events.

Saturn’s rings, on the other hand, are mostly made of ice; perhaps fragments from comets or asteroids, or an icy moon that either broke apart due to Saturn’s gravity or collided in such a way that the ejecta formed rings.

We know that Saturn’s moons play a significant role in shaping and maintaining its rings. But a large enough moon (or moons) can also gravitationally disrupt rings, yeeting ice out of planetary orbit into the great who-knows-where.

Although Saturn is the planet we all think of as the one with the rings, rings around planets are actually fairly common, even here in the Solar System.

There’s Jupiter, of course, as we have just been discussing. The ice giants, Neptune and Uranus, both have thin, tenuous dust rings too.

Uranus is also tipped on its side, relative to the other planets, with its orbital axis almost parallel to the orbital plane. Its rings are thought to be related to this somehow; either something smacked into Uranus and knocked it sideways, or it once had absolutely enormous rings, which could have caused its sideways tilt.

And rings aren’t even restricted to planets. A small body around 230 kilometers (143 miles) across, called Chariklo, orbiting out between Jupiter and Uranus, has rings. So does dwarf planet Haumea, hanging out in the Kuiper belt with Pluto. Simulations suggest that rings around icy bodies are not uncommon, due to gravitational interactions lifting ice off the surface of said bodies, to form an orbiting ring around it.

Mars, too, might occasionally have rings. Its moon Phobos is drawing closer to the red planet by just a smidge every year; in 100 million years, it’ll be close enough to be torn apart by Mars’ gravity, forming a short-lived ring that could eventually recoalesce into a moon again.  Even Saturn’s rings are likely to be temporary, destined to slowly rain down onto the planet.

If we can examine them in enough detail, rings can be used to piece together certain violent aspects of a planet’s history.

“For us astronomers, they are the blood spatter on the walls of a crime scene,” Kane said. “When we look at the rings of giant planets, it’s evidence something catastrophic happened to put that material there.”

Anyway, it might be just as well that Big Jupe doesn’t have spectacular rings. Let Saturn have its thing. Jupiter already muscled in on hexagons, after all.

The research has been accepted into the Planetary Science Journal, and is available on arXiv. 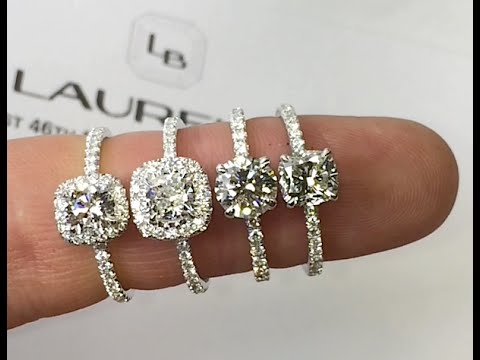